RSS
← Six on Saturday – All Around Us
Estate Agent, Bud and Bee →

A Letter, A Treasure and Honesty

This morning I received a message with an attachment –  “Found this tonight at my mum’s house” and there was a letter I had written to a pupil in 1992.  I used to write to each pupil at the end of our half-term Anthology project rather than ‘grading’ the creative writing into which pupils had poured their ideas and their energy.  He tells me that he still has the Anthology too and is going to scan it for me. 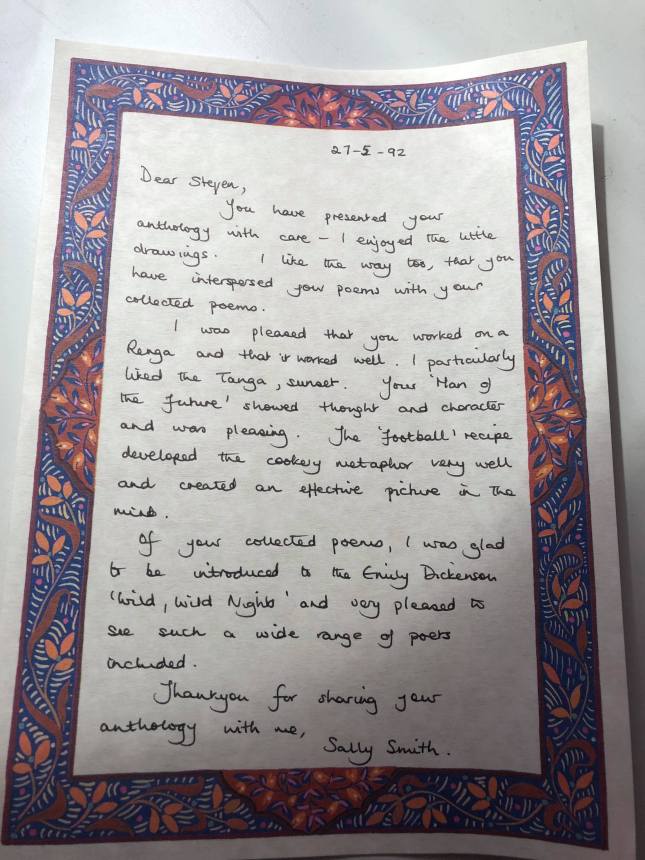 Yesterday the lovely Mr S dropped his wallet in town and though we retraced our steps there was no sign of it. However, the woman in the charity shop said a ‘genuine looking’ couple had been in to ask if she had just had a customer who may have lost his wallet. They said they would take it to the Police Station, only there isn’t one in Redruth. The wallet had been a present many years ago and had inside a David Hockney painting, ‘Arrival of Spring.’  It was much loved and had cash and cards in it.

Arrival of Spring by David Hockney

This morning we re-traced our steps again, looking in windblown corners, up alleyways but to no avail. (All the cards were cancelled yesterday.) Then, just after lunch, we had a phone call from the couple who had found the wallet. They had tracked Mr S down through the telephone directory and we went off across town to pick it up and to say the biggest Thank you!  It revives one’s faith in the honesty and goodness of our fellow humans.

← Six on Saturday – All Around Us
Estate Agent, Bud and Bee →

8 responses to “A Letter, A Treasure and Honesty”

This site uses Akismet to reduce spam. Learn how your comment data is processed.